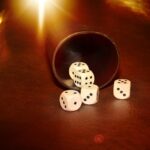 Craps is a difficult game to master at the best of times and whether you prefer to play the game surrounded by like minded individuals or if you prefer the quieter approach of online craps, you will always need a good craps strategy to play with. This is why we here at Playersonlinecasinogo.com has gone to great lengths to bring you a variety of researched and tested craps strategies so your time spent playing will be a prolific one. Even though there are numerous different strategies being peddled throughout the web, we have only chosen a few that you can use. This is because all the other strategies out there claim to do things they cannot and even though a good strategy can help you gamble smarter it is in no way a guaranteed system at all, the unbeatable gambling strategy is a myth and eventually, the house will always win.

This will not make you into a millionaire

We have to reiterate this fact as no matter what a crooked salesman might say and no matter how religiously a gambler might believe in his or her specific strategy craps strategies and betting systems are fallible and you will not be able to turn one hundred into that massive one million. We’re not saying it couldn’t be done, we’re not even saying that people haven’t won small fortunes playing craps, all we’re saying is that it that its very unlikely, in one go or by using one of the many foolproof strategies, techniques and tricks being sold by hundreds of websites all over the internet. They are nothing more than con men who do not want to do a decent days work so whatever you do never buy a craps strategy from a website, no matter how good it sounds or what the website says.

Craps Strategy (in a nutshell)

When you think of a strategy, you should not think of them as a device for beating the casino or a method of play that will guarantee you instant riches. Strategies, like the definition of the word A plan of action resulting from strategy or intended to accomplish a specific goal. The specific goal in question is to bet in certain manners and place chips on certain areas that will increase the odds of you winning that specific roll of the dice. It is in no way a guaranteed win, all it will do is increase the odds for that win. This being said, the best craps strategy we could ever give you is to quit while you’re ahead and in order to get ahead, you can use the following strategies we have laid out for you.

Although this is not a popular choice among gamblers, there are certain advantages to playing with the Iron Cross system. The winnings might be small and the strategy is similar to that of the Spread Strategy in Roulette where you will cover a majority of the table (just enough to turn a profit) and the odds for winning are greatly increased. The bet made involves placing chips on the field, as well as on the 5, 6 and 8 sections (See the picture below). This means you will have placed a bet on numbers 2, 3, 4, 5, 6, 8, 9, 10, 11, 12, the seven does not matter as it counts as the come out roll. If you play this system, the winnings may be small, but it will give you a boost if you’re on a losing streak and allow you to get back to your winning ways.

The Dark Side bet or the Don’t Bettor (See the picture below) means you are betting against the shooter rolling a seven or an eleven before the point is made. Many think that this is a bad thing to do, but the true beauty of playing craps is being able to bet any which way you can or want. Besides the fact that the odds for the shooter are a lot lower than the odds for the don’t bettor and the casino knows this, which is why pass line bets are known as contract bets and the money will have to stay on the table until the completion of the game, whereas the don’t pass bet can be removed at any time. The odds for the pass line bet are two to one against. Largely due to the fact that there are fewer ways to make 7 or 11 than there are for any of the other numbers. The odds for the dark side bettor winning are three to 1 for which makes sense considering the house edge is usually bigger than that of the gambler so doesn’t it make sense rooting for the house?

Even though this cannot be technically classified as a betting strategy, it will help you in deciding which way you would like to bet. The five count strategy is also termed as breaking the shooter in and it is a way of depicting what kind of shooter he or she may be. The basic idea behind the strategy is to watch the shooter, while not participating in the game. This will allow you to see which way the dice are falling (for the house or for the shooter) and will allow you to decide which way you would like to bet. If the shooter is not rolling any sevens or elevens, then it would be a better idea to play with the house, however, if he did roll a seven or an eleven before the point, then it would be a good idea to bet with him.

Bet any which way you can

One thing that is important to remember is, that sticking to a single bet, strategy or routine will never get you anywhere and you will need to bet in any which way you can. In order to play an effective game of online craps, you will need to change it up, move with the flow, adapt and survive. If the shooter is hot, play alongside, if the shooter is cold, bet against him and pray for his downfall. The brilliance of online craps is the mercenary aspect of the game, if you feel the shooter can be exploited, then by all means, exploit away and with the help of the a good craps strategy, you will be able to exploit him extremely well.